It is raining. Let this book therefore be, before all else, a book about ordinary rain. Malebranche wondered 'why it rains upon sands, upon highways and seas', since this water from the sky which, elsewhere, waters crops (and that is very good), adds nothing to the water of the sea, or goes to waste on the roads and beaches.

As Althusser said, not every encounter in nature has intention or purpose. Nature is never created by the material alone but is formed by numerous encounters. All of these natural encounters are expressed in various forms of sound. How than can we explain an intentional encounter between humanity and nature?

On a rainy day we see raindrops on the windows of a car and also hear the sounds of rain and glass when they meet. We then turn on the wiper to wipe away the raindrops. Is the encounter of the raindrops and the wiper a human intervention in nature, or is it an accidental phenomenon that is part of nature? 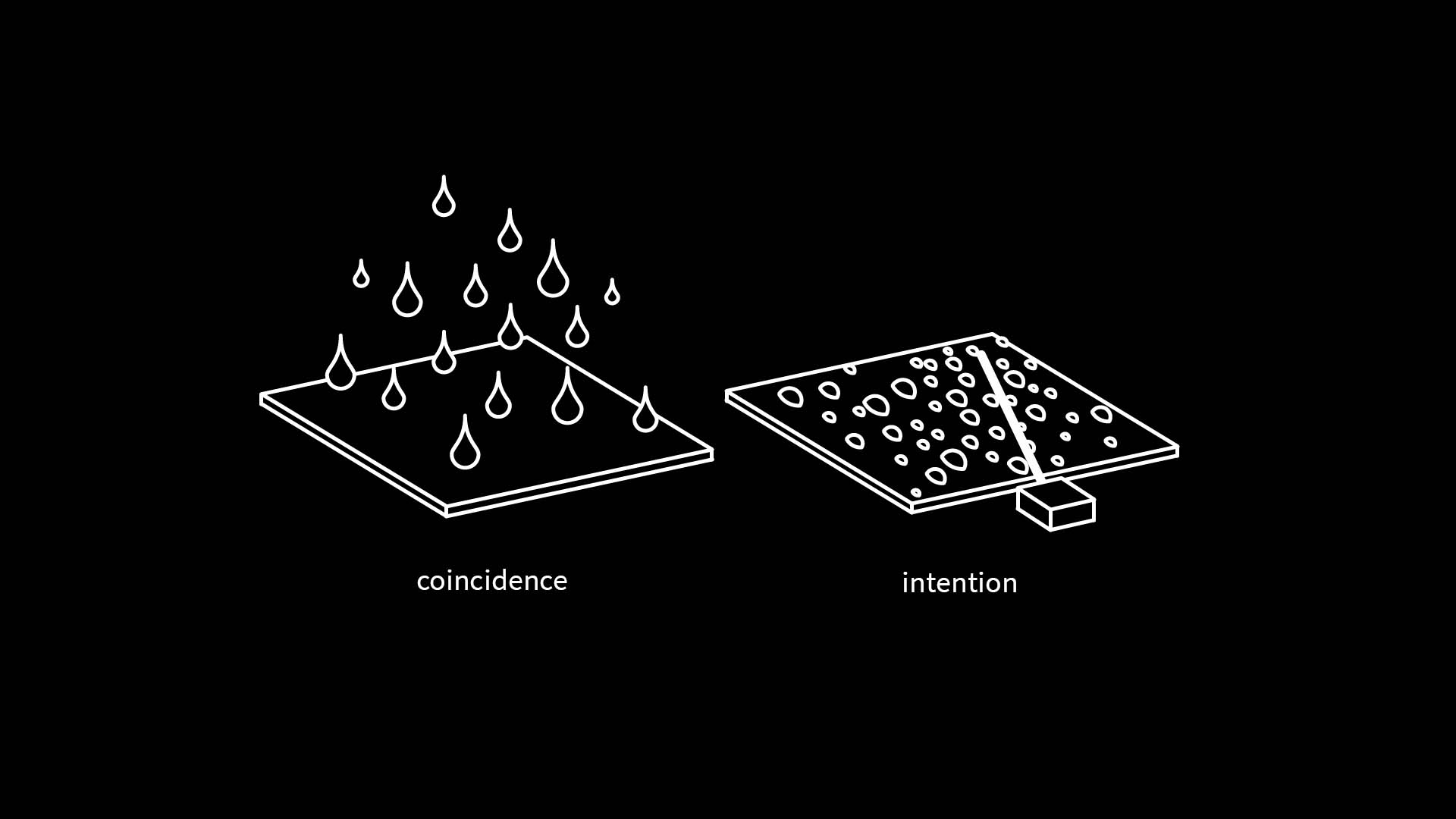 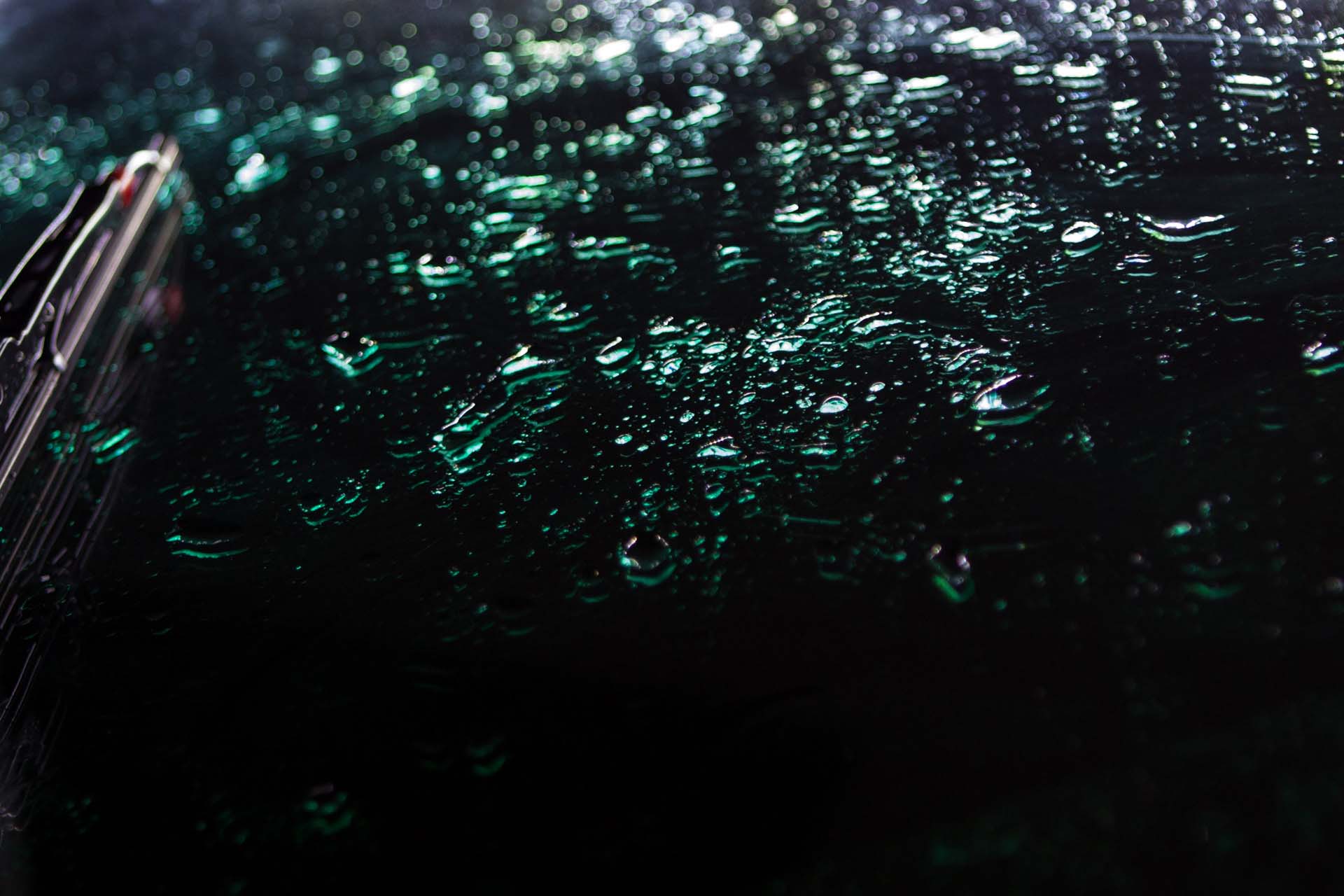 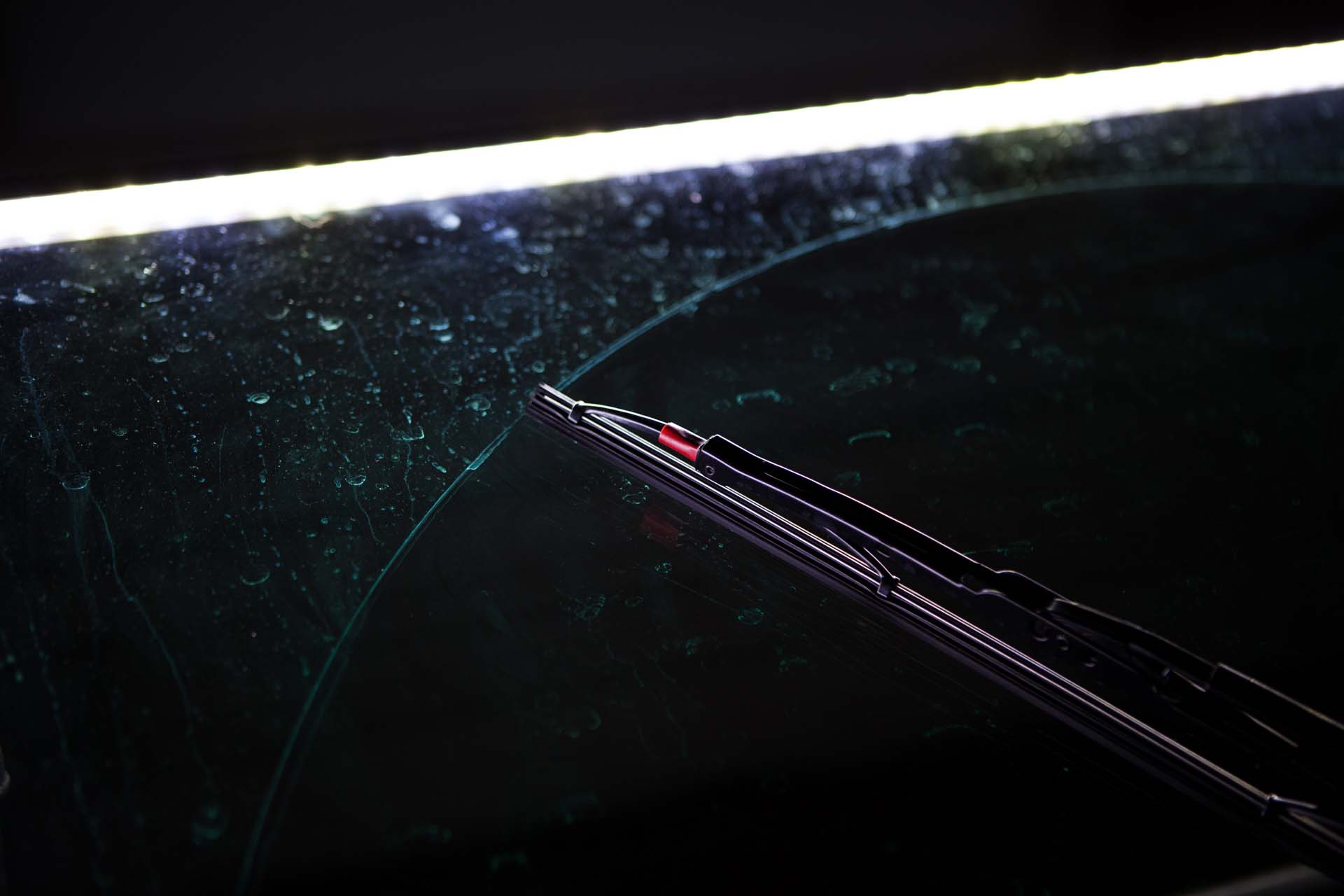 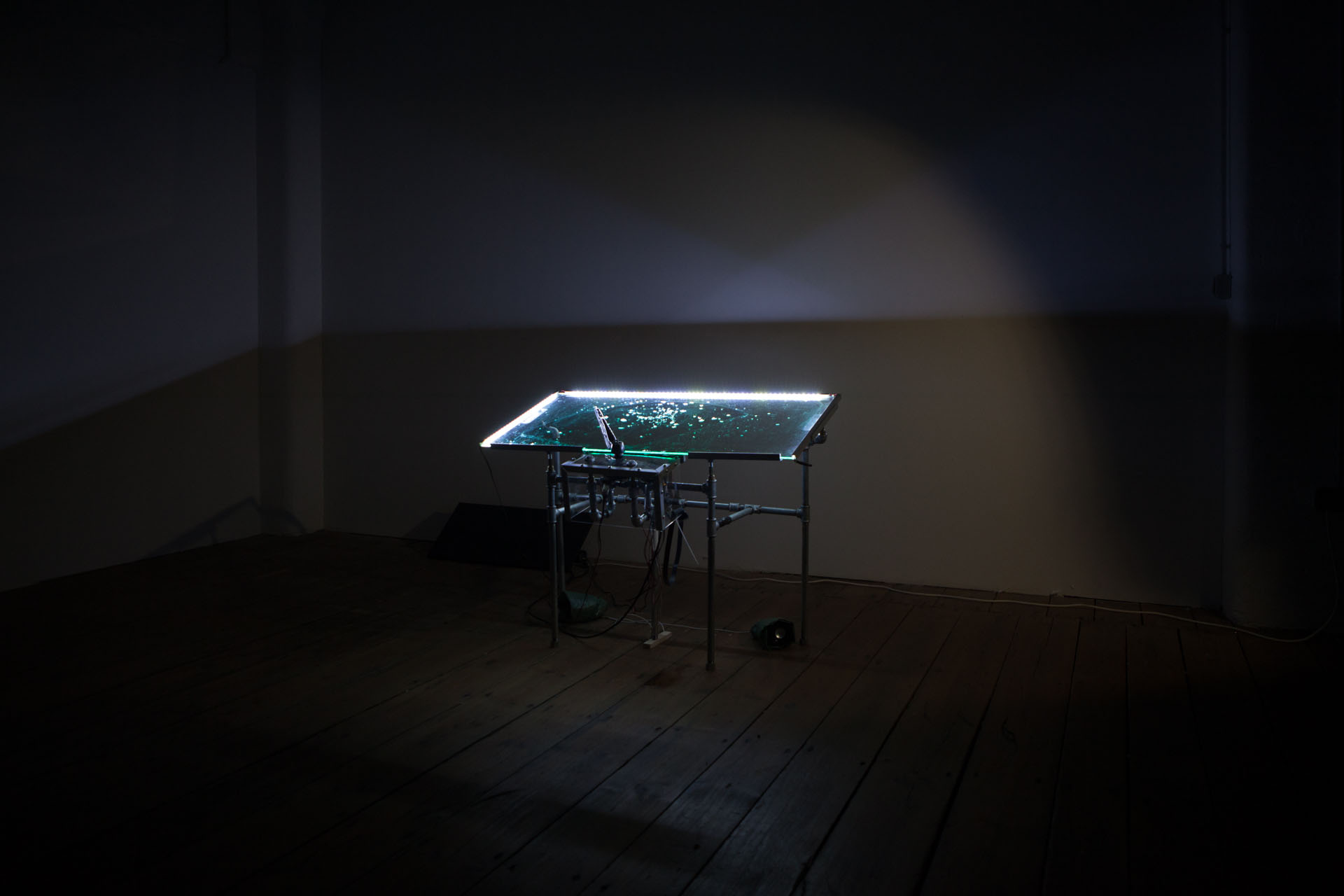 Indoor, University of the Arts Bremen, 2017

The machine produces both intentional and accidental sound through this accidental and intentional encounter. On the glass plate, specific notes composed of diatonic seventh chords (CM7 Dm7 Em7 FM7 G7 Am7 Bm7b5) are set. At the moment when the wiper and the raindrop meet, the waveform of the specified note is randomly deformed. As a result, the sounds we hear are an intentional harmonization of the diatonic seventh chords, as well as accidentally deformed waveforms. The scales produced by the wipers and raindrops are intentional and limited, but the musical transformation that the software makes is again accidental. 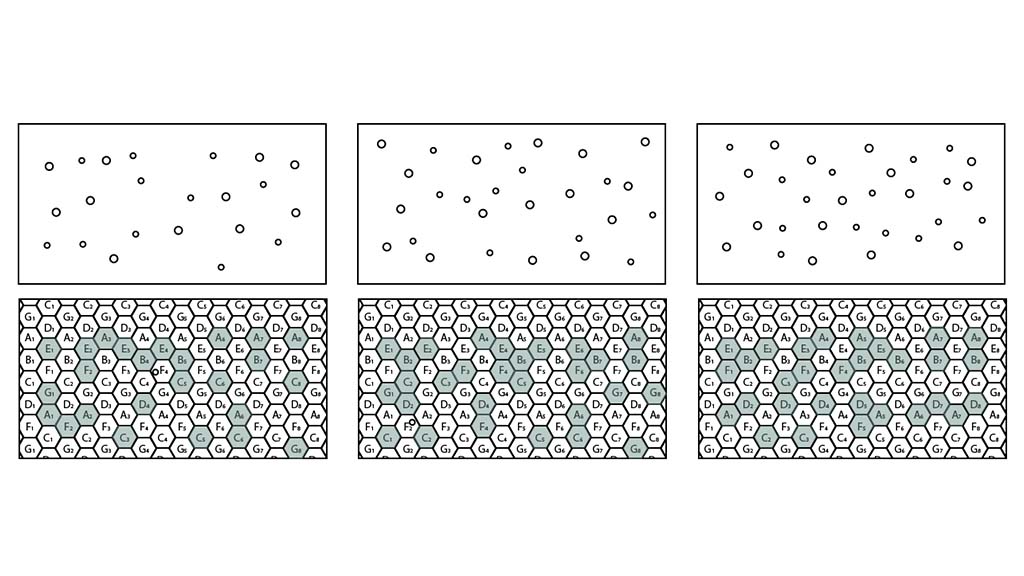 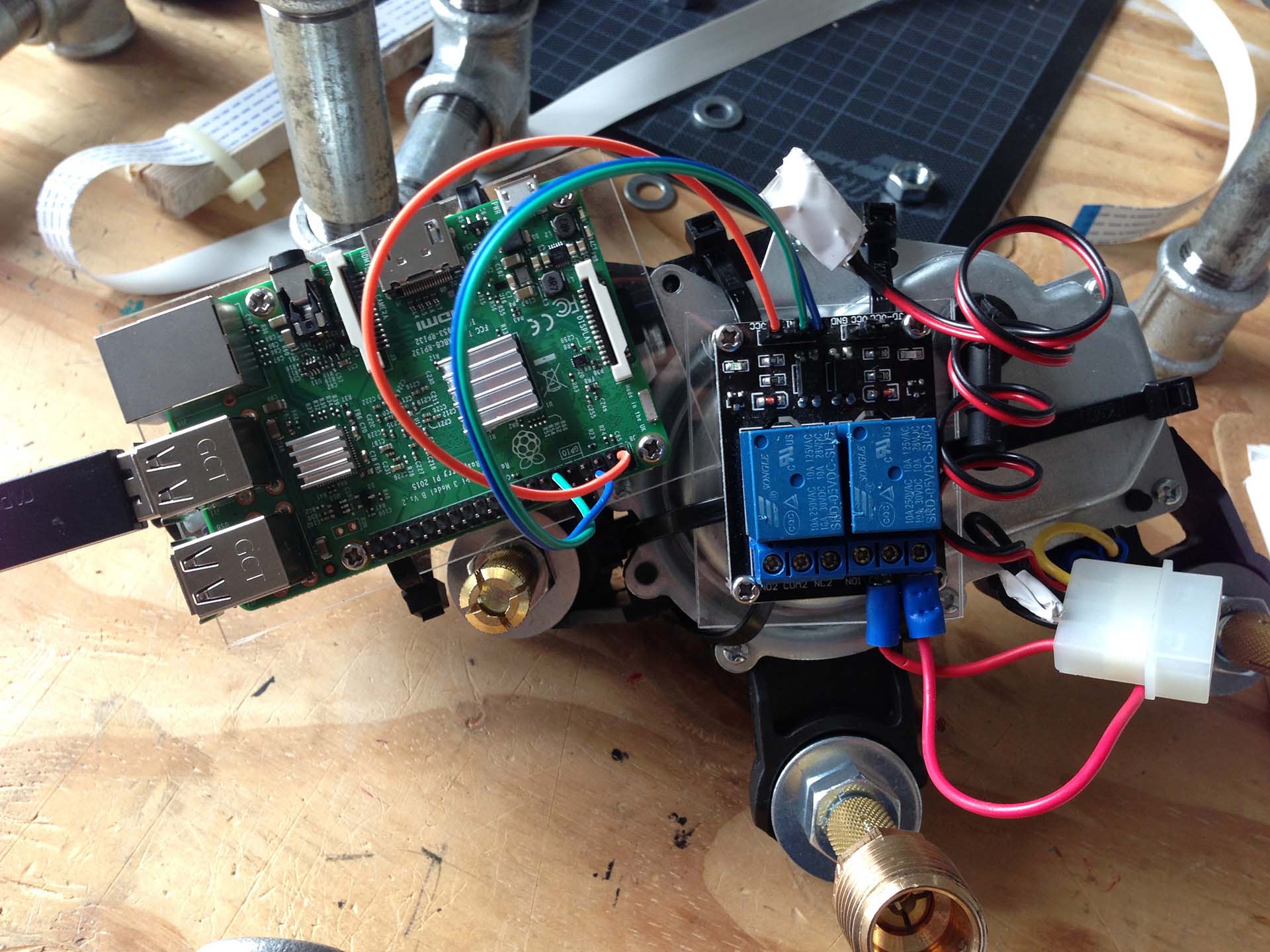 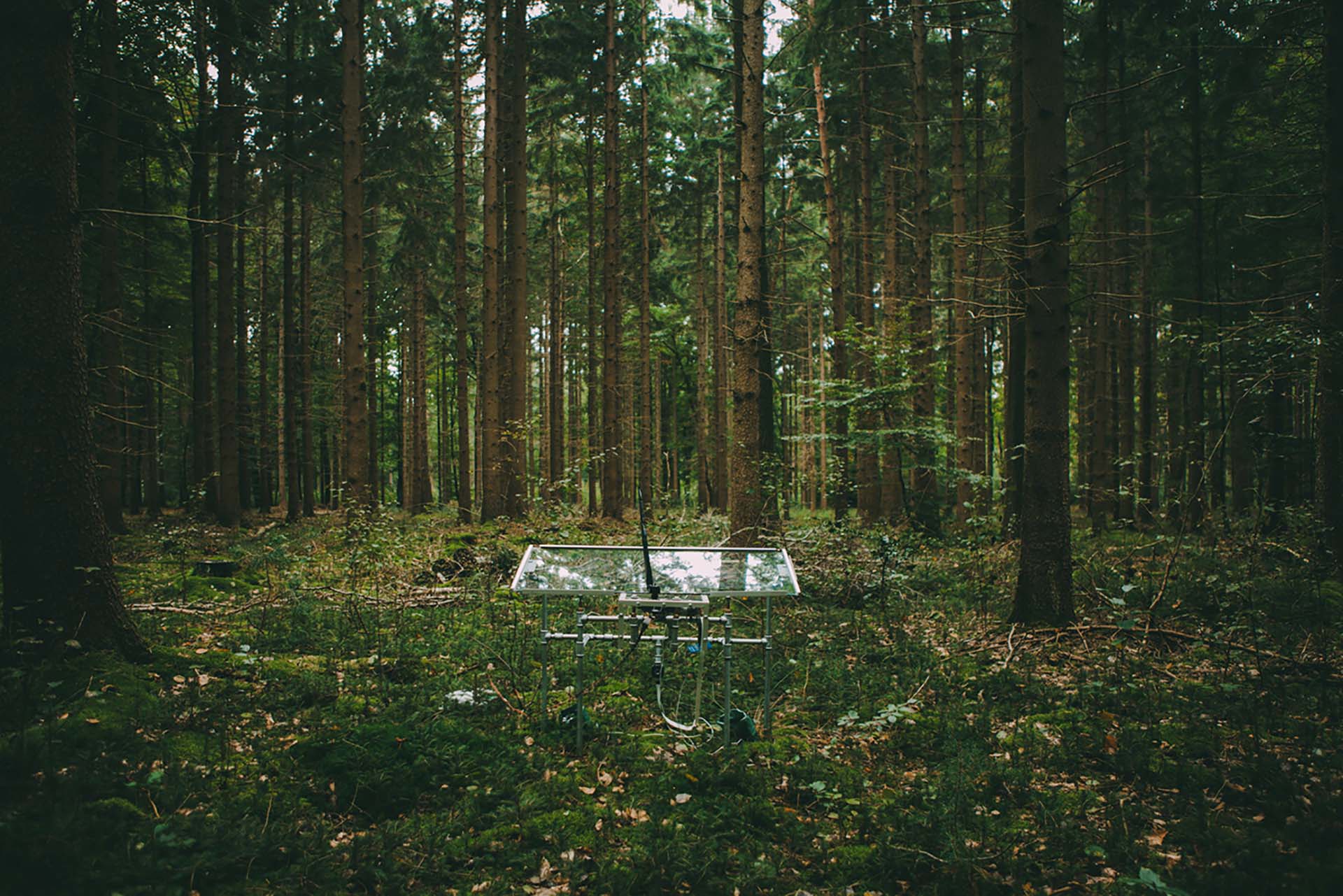 Waiting for the rain, Lübberstedt, 2017